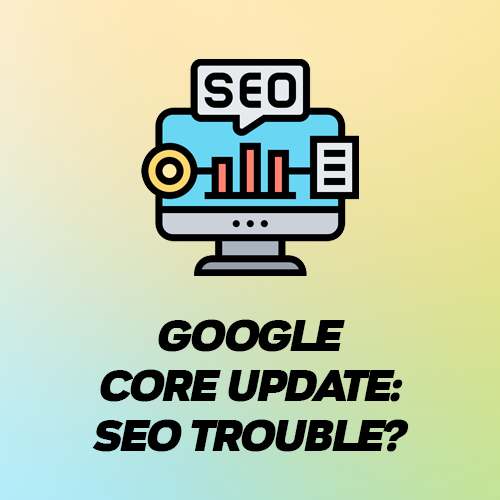 Some E-Commerce Owners are Frustrated by Google Core’s Update

It’s clear that Google’s Core Update has already affected a lot of businesses online.  While the new Search Engine algorithm just began rolling out in May 2022, some e-commerce sites reported immediately falling out of the SERP rankings for important keywords, as well as seeing a drastic drop in clicks and impressions on the site.  Take the following tips below as a starting point to improve your Google SERP ranking.

The most effective way to rebuild and grow your SEO, as well as your e-commerce sites online visibility, is to begin posting more frequently on your site.

Did you have a blog post rocket to the top of the Google charts two years ago? That’s great, but it won’t be enough to continue thriving following the May 2022 Google Core Update. If you are staying current and up-to-date on the major trends within your industry, Google is going to be rewarding you with a boost in page ranking!

On top of that, Google will now be rewarding sites that post original content.  If you are reposting content from another site or using AI-generated content, Google is going to ding you.  Also, if the quality of the content is basically a rambling word salad, and considered not useful for users, Google will rank that lower, as well.

Aside from posting original quality content for frequently, it’s important that e-commerce business owners use the Google Core Update as a wakeup call to not rely solely on the search engine giant for their revenue!

You can begin ad campaigns with Ad360 in one click that bring visibility to the entire web, meaning you get impressions from outside Google’s display network and across all apps.  On top of trying out various social media platforms, business owners can ensure that even if the Google Core Update affects their traffic from search engine’s other revenue streams and ad channels pick up the slack!